Information processing in the striatum requires the postsynaptic integration of glutamatergic and dopaminergic signals, which are then relayed to the output nuclei of the basal ganglia to influence behavior. Although cellularly homogeneous in appearance, the striatum contains several rare interneuron populations which tightly modulate striatal function. Of these, cholinergic interneurons (CINs) have been recently shown to play a critical role in the control of reward-related learning; however how the striatal cholinergic network is functionally organized at the mesoscopic level and the way this organization influences striatal function remains poorly understood.

Here, we systematically mapped and digitally reconstructed the entire ensemble of CINs in the mouse striatum and quantitatively assessed differences in densities, spatial arrangement and neuropil content across striatal functional territories. This approach demonstrated that the rostral portion of the striatum contained a higher concentration of CINs than the caudal striatum and that the cholinergic content in the core of the ventral striatum was significantly lower than in the rest of the regions. Additionally, statistical comparison of spatial point patterns in the striatal cholinergic ensemble revealed that only a minor portion of CINs (17%) aggregated into cluster and that they were predominantly organized in a random fashion. Furthermore, we used a fluorescence reporter to estimate the activity of over two thousand CINs in naïve mice and found that there was a decreasing gradient of CIN overall function along the dorsomedial-to-ventrolateral axis, which appeared to be independent of their propensity to aggregate within the striatum. Altogether this work suggests that the regulation of striatal function by acetylcholine across the striatum is highly heterogeneous, and that signals originating in external afferent systems may be principally determining the function of CINs in the striatum.

Other articles related to this work: 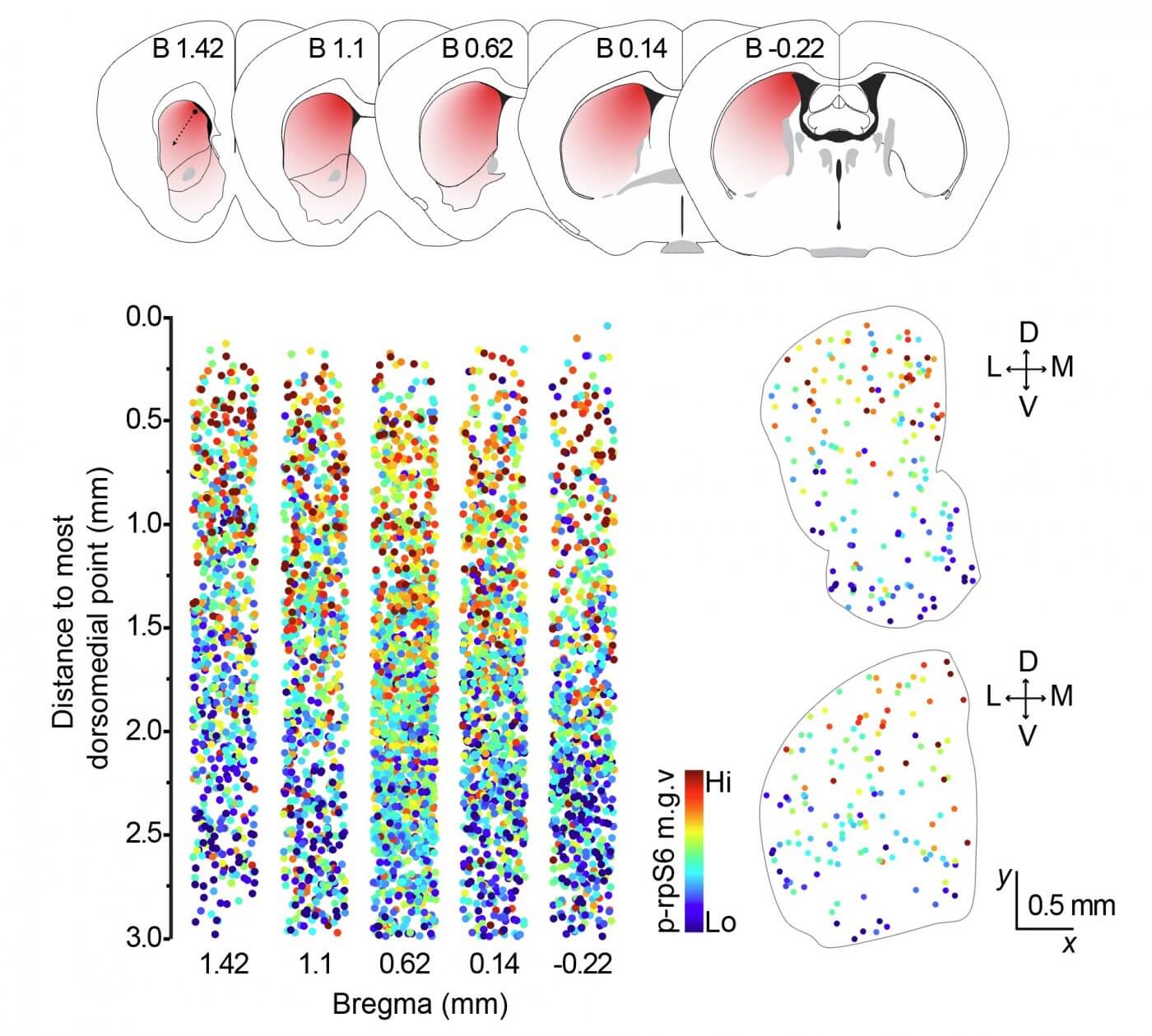